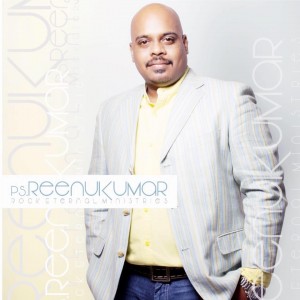 Ps.Reenukumar was born in a diverse family with no history of anyone involved in ministry. An MBA graduate from LIBA with an excellent career record with fortune 500 companies,dropped the nets and quit his high paying job to pursue the call predestined by His heavenly Father. While he was in Australia the Lord touched him and revealed that the plans He had for Ps.Reenu were much higher and different .In Melbourne Ps.Reeenu started serving an AG church where the Lord molded him for a greater purpose. After much prayer and guidance from the Lord, Ps.Reenu returned with his family to India and initiated Rock Eternal Ministries.

Ps.Reenukumar is currently the senior pastor of the Rock Eternal church, focused on disciple making and establishing people’s lives in Christ. His vision is to raise leaders and groom them to be transformers for Christ. The Lord is been using him mightily across the globe amidst churches, organizations, educational institutions and various ministry bodies. Ps.Reenukumar reaches out to in-numerous people through, concerts, crusades, television & social-media. His tamil Gospel album KANMALAI has been a trend setter in the Christian fraternity in touching and changing lives.

Ps.Reenukumar along with his wife Lydia and daughter Rhea continue to serve the Lord and reach out to people as an embodiment of Christ.