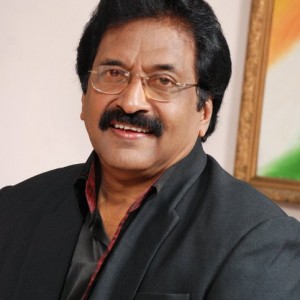 Jollee Abraham, B.Sc. Botany., Graduate, from Sacred Heart College, Thevara, Cochin. He arrived at Chennai in 1974 for a recording by KALABHAVAN at HMV. It was a Malayalam Christian Devotional Songs recording. Two songs were sung by Padmabhushan K.J.Yesudas and two songs by Jollee Abraham. It was a good entry for him. His very first recording was Christian songs. He later became the Assistant Recording Officer at HMV, The Gramophone company of India Ltd., Chennai. The famous Malayalam Movie Producer/Director/Lyric writer Shree. Shreekumaran Thambi gave him the first break in his film, CHATTAMBI KALYANI where he has given voice for Sri. Prem Nazir, the song titled “JAYIKKANAI JANICHAVAN NAAN”, music by Sri.M.K.Arjunan.

He, then got opportunity to sing for other famous Music Directors like Messrs. M.S.VISWANATHAN, G.DEARAJAN, DAKSHINAMOORTHY, SALEEL CHOWDHRY, SHYAM, A.T. UMMER. JOHNSON, RAVINDRAN, KANNOOR RAJAN and also SHANKAR GANESGH. In Tamil, Mellisai Mannar M.S.VISWANATHAN gave him the first opportunity in the film, “VANAKKATHUKURIYA KADHALIYE” – Song – Adiyenai Paramma. In Malayalam he was fortunate enough to sing a few more songs of MSV of which “RAJNIGANDHI” in film, “PANCHAMI” was a Super hit. People still remember his voice through the Tamil song “Meena Reena, Seetha Geetha” for “Oruthalai Ragam”. He later sang for Isai Gnani ILAIYARAJA for the film “KATTA PANCHAYATHU”- Song “Oru Chinna Manikkuyilu” and the film, “MAYA BAZAAR 95” -Song Adada Angu Vilaiyadum. Afterwards he had the opportunity to record songs for other music directors like Sri. Rajan Nagendra, Vijaya bhaskar, T.Rajender, T.G.Lingappa, V.Kumar, Gunasingh, Shivaji Raja, S.P.Venkatesh, etc for other languages like Telugu, Kanada & Hindi.
He learnt his basic Carnatic lessons from Sri.Kumbalam Baburaj, later lessons from Sri.Natesa Bhaghavadhar, and advanced lessons from Sri. R.M.Sundaram, one of the deciples of Sri.G.N.Balasubramaniam. During a span of 30 years he was able to sing nearly 600 film songs which include Tamil, Malayalam, Kanada & Telugu and also Hindi.

During the year 1974, he started singing Tamil Christian Devotional songs for Madras Pentecostal Assembly who were the first ones to release Christian songs in audio cassettes. He also sang for all 14 volumes of MPA. Now, he has to his credit, nearly 10,000 Christian devotional songs. He is an A graded artiste of ALL INDIA RADIO and Doordarshan, Chennai.

He started a Digital Recording Studio at Chennai in the year 1991 by name “ROHITH RECORDING STUDIOS” and an Audio Company named “ROHITH RECORDING COMPANY’. Under this banner he has released only Christian Devotional songs in different languages. In Tamil, the company has 35 Audio Cassettes, 12 Compact Discs & 3 Video Compact Discs, in Malayalam 8 Audio Cassettes, 3 Compact Discs, Telugu, Kannada & English Cassettes and Cd’s to its credit. Rohith Recording Co., was the first one to release Christian songs Video Album in Tamil called “EKKALAM”.

He has travelled all over the world and performed film songs concerts at most of the major cities of the world. In the year 1997, he also took a decision of singing only for the Glory of the God. He performed his first Christian Devotional Concert in 1997 at U.S.A. & Switzerland, later at the Gulf countries, Sri Lanka, etc. He has a Music Troup called “HOSANNA” performing only Christian devotional songs. He also recently received an achievement award for channeling his talents with the right perspective from “The South Zone Christian Leaders’ Revelation Conference” Bangalore. And was also awarded as “SANGEETHA KALA PRAPOORNA” by “GURUKUL LUTHERAN THEOLOGICAL COLLEGE & RESEARCH INSTITUTE”, Chennai in the year 2002.