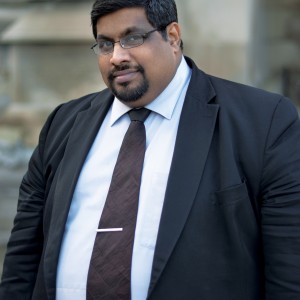 Rev. John is a senior Tamil christian pastor and singer-songwriter from Toronto, Canada. He is an evangelist and missionary at heart, and has worked tirelessly on many projects in various countries including Sri Lanka, often through periods of disaster. Rev. John’s ministry includes evangelism and missionary projects in Europe, Africa and South Asia and his church ministry in Canada where he leads the Awesome God church for the Tamil community in Toronto.

Rev. John’s true passion lies in his ability to enable people to worship in spirit and in truth and to experience the presence of God through his music.

He has been writing Tamil christian worship songs since the 1990s. He released his first two Tamil christian albums titled “Yesuvae Jeevan” and “Deva Prasannam” in the 90s. In 2009, he recorded his third Tamil christian album titled “Parimala thailam”. After a short gap, he wrote his fourth worship album “Erusalemae” in 2014, which became very popular among tamil churches around the world. In 2015, Rev. John released a new album titled “En Desamae”, fully dedicated to bringing peace and healing in Sri Lanka.

He is supported in his ministry by his wife of twenty years, Angeline, and his two children Jeremiah and Lilly.