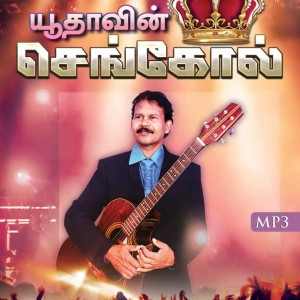 A Life changed forever for Lord Jesus Christ and now changing others lives through his ministries and heavenly inspired songs. After accepting Jesus Christ as his personal saviour, Pastor Chandraseharan became a minister at Kirulapone Calvary Church in Colombo then he moved to Trincomalee on year 1995 with his newly wedded wife Mrs.C.Joyce to start a ministry as it was laid by Holy Spirit in his heart. While Pas. Chandrasekaran was doing his church ministry in Trincomalee ,through Bro.Paul Selvathurai from Church of God of Prophecy Malaysia, his ministry became a member of Church of God Prophecy in year 1998 and later in year 2001 Bishop Dennis J Casey from Australia helped Pas.Chandrasekaran to get ordination from Church of God of Prophecy USA.

Pastor.Chandraseharan is well known through the heavenly inspired songs from album called ‘Yuthavin Sengoal’ in mainly Tamil speaking community and some other Asian community. As Pastor.Chandraseharan blessed with God given new songs, many people around the world received and receiving blessings and many Churches using his songs in their time of worship as in Psalms Sing to the LORD a new song; sing to the LORD, all the earth (Psalms96:1 NIV)